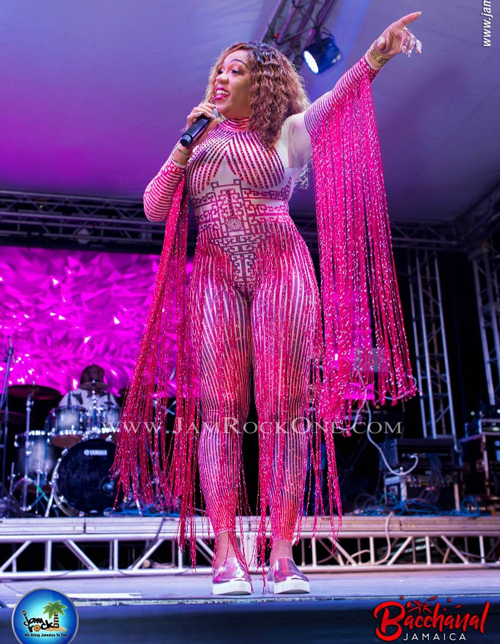 Destra’s scintillating performance of over one hour on the Mas Camp stage at Bacchanal Live left no  doubt that she is, indeed, the undisputed Queen of Soca.  It was difficult to believe that her high energy routine was done with the handicap of a lame ankle. Her first song “Fallin” was a tribute to her Jamaican soca family, which had shown her such warm and generous support after her accident through their many social media messages. This outpouring of love encouragement helped her to stay strong and work towards a speedy recovery. She pulled a satisfying mix of old and new from her vast repertoire with favourites including “I Dare You”, “Technically”, “Somebody”, “It’s Carnival” and, of course, “Lucy”. She was at her best in generating participation from the crowd which followed her every bidding, whether it was moving to the left and right, jumping, waving or joining her on stage to wine.  The fans were loath to see her go. She left them on such a high the party continued until well into the wee hours.

“Destra is a consummate professional so despite the issues with her ankle we knew she would not accept an assignment unless she could deliver so we had no hesitation in bringing her for Bacchanal Live. Her delivery was beyond our expectation and the revelers were certainly satisfied”, said Bacchanal Director Michael Ammar 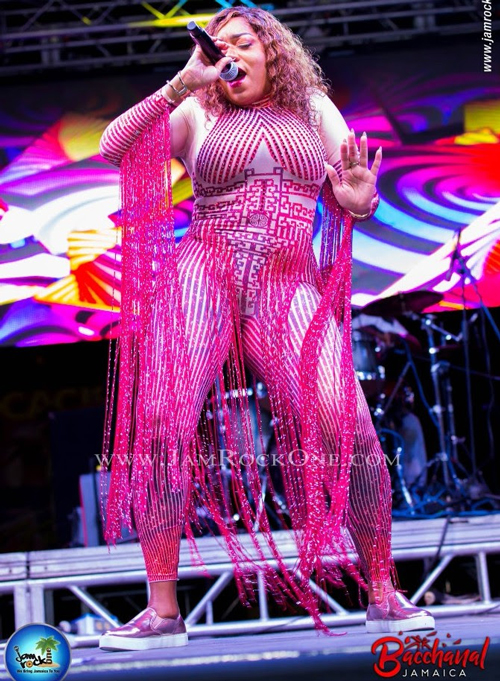 Destra and the Bakanal Band appeared courtesy of the Joe Bogdanovich-led DownSound Entertainment Group. Mr. Bogdanovich was impressed by Destra and her band. “This level of artistry, stage presence and charisma is precisely what the DownSound team wants to associate itself with and we are very pleased to have been able to facilitate Destra’s performance at Bacchanal Live. She has set the bar at a level that those coming after her will have to work very hard to equal,” said Josef Bogdanovich.

Charmaine Franklin was a very happy camper. Bacchanal Live had done its job in further raising the vibes of an exciting season even higher and expected Beach J’ouvert with Kes the Band, Patrick the Hype Man, DJs Lantern, Tyler and Nicco to be equally exciting. “We will be at Grizzly’s Plantation Cove in St Ann next Saturday and are encouraging our reveler to be there to enjoy all that event has to offer – the beach, the water, the paint, the music, food and liquor. “We remind the public that it is 18 and over and we want everyone to have fun, but drink responsibly.