A Superstar on The Rise. Following Hot New Release With Stadic, New Artiste Prepares For Collab With Olatunji Yearwood 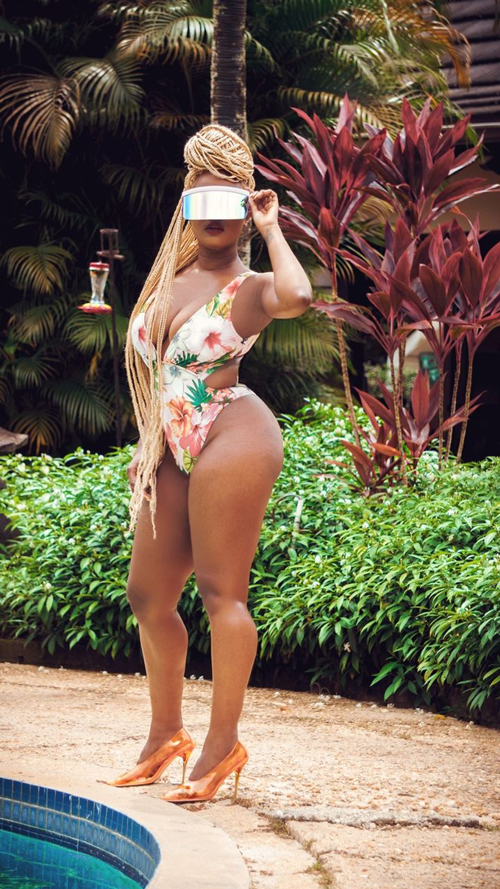 Photo: Lume
Port-of-Spain, Trinidad. September 25th, 2018 - There’s a superstar on the rise and she hails from Trinidad and Tobago. She’s not yet mainstream, but her style- an emulative vibe of Trinidad and Tobago born international rap sensation, Nicki Minaj, is about to carry her on a journey, the world will soon understand and grab a hold of. For this young beauty, style and genre are non-existent. She traverses in a world of music that sees only vibe and positively fulfilling musical construction. Her follow up project to a recently released Stadic Music single called, “Doh Bother Come” is a single collaboratively done with Olatunji Yearwood.
“My goal as an upcoming Caribbean entertainer is to expose our culture to the wider world, to let folks around the world know that there are really talented people here,” says Lume, a 3rd placed contender in the 2015 Digicel Rising Stars competition in Trinidad. Her real name is Whitney Cephas. Ironically, the Trinbagonian artiste she’s working with on her follow up track- a Soca single, is on the very same mission. Yearwood is presently a contestant on the British talent show, X Factor. He made major waves during his debut performance on the show and is currently in London for the next round of performances.

Lume- an alter ego created by Whitney, is, as she puts it, a character that will speak the things many think, but are often afraid to speak. “Lume is the girl that says what you're thinking but don’t want to say. Lume is fierce, confident, sexy, charismatic and open minded,” she explained. Her effort on the recently released single out of Stadic Music’s camp, is incredibly straight forward, a tune that many women have found pretty relatable to say the least. “ ‘Doh Bother Come’ is sort of a liberation from being the softer, more susceptible to getting heart broken, weaker sex,” she highlights. In the track, the overall expression is that of a female wanting an intimate friend, with no strings attached. Asked about how she and Stadic managed to get together for this single’s creation, Lume said she was recommended to Stadic by a good friend attached to popular Caribbean music sharing service, Julian’s Promos. “He contacted Stadic for me and we organized a meeting. The lyrics for ‘Doh Bother Come’ is actually a testimony of each writer’s actual feelings about relationships,” Whitney admitted, a telling reality of some people’s feelings indeed.

For Whitney Cephas, the girl known as Lume, her voice- a beautiful one at that, will be a powerful one for women who can’t quite find the words to express themselves or are too shy too. Her journey has only just begun. Herein lies her invitation for the world to get familiar with her and join her every step of the way. Follow Lume on Instagram @lumeworldwide .