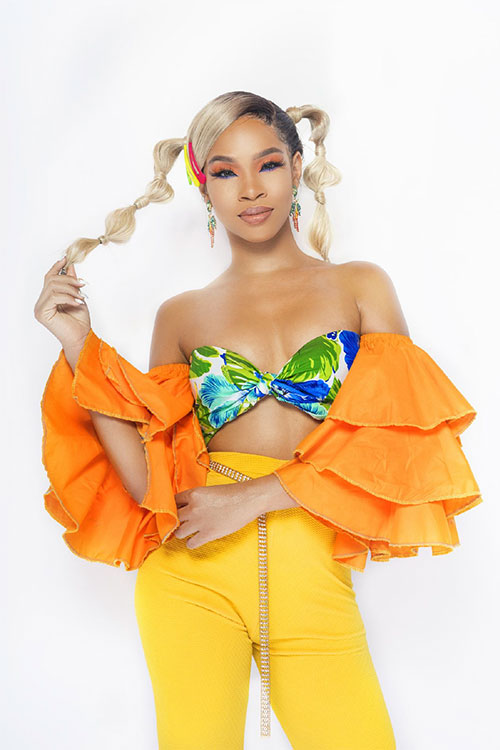 Nkese Perez, professionally known as ‘Nkese P,’ is a Caribbean singer, songwriter, voice talent and so much more.
Born in San Juan, Trinidad and Tobago, Nkese P, developed a passion for singing at a very young age. This was encouraged throughout her Pre and Primary school, where she often took part in their talent shows. Her secondary level education began at St Joseph Convent, Port of Spain, where from the onset, she was chosen as a member of the school's choir. She gained her first experience performing abroad by traveling to Austria and Germany to compete in international choir festivals. St Joseph Convent came second in the world in its respective categories.

Additionally, she studied Music for her CXC exams, where she further developed her voice and learnt to play Trinidad and Tobago's national instrument, the Steel Pan. During her formative years, from the ages of eight to nineteen, Nkese P also attained a second degree black belt at the Purple Dragon International Martial Arts School, under the tutelage of Professor Don Jacob.

In 2009, Nkese moved to Manchester in the United Kingdom to pursue her tertiary education in Biomedicine. While studying, Nkese P never stopped singing. She was accepted as a back up vocalist for a popular Northern Soul group in the UK called, ‘The Diane Shaw Band.’ This experience allowed her the opportunity to tour around the UK and lend vocals to Motown stars such as Tommy Hunt, Brenda Holloway, and Chris Clark. In 2011, Nkese's educational commitments militated against her progressing further than the third round of the X-Factor UK screening.

While at University, Nkese saw the need to embrace a more holistic approach to medicine and thus, opted for a switch in degree to Traditional Chinese Medicine at the Beijing University of Chinese Medicine. Before moving to China, Nkese P released her first Soca single “Carnival Baby” in 2014, which is a song dedicated to her favorite festival,Trinidad Carnival.

In China, Nkese P took her singing career to higher heights. She became the lead singer of a Funk, Rock, Soul band called, ‘The Hunters.’ Backed by four talented musicians, Nkese P toured and performed around Beijing. In 2017, The Hunters band was nominated in the category, ‘Best Band in Beijing’ by ‘City Weekend’ entertainment magazine. That year they also nabbed the ‘Editor’s Choice’ award. During her time in China, Nkese ventured into voice acting through a children's education company called, ‘Baby English,’ with whom she continues her association.

Throughout her student years in China, Nkese maintained a ninety percent average grade which kept her on the Beijing Foreign Students' Scholarship list. In June 2019, Nkese graduated from the Beijing University of Chinese Medicine as a General Practitioner.

At present, Nkese P is exploring her passion for music as a recording artist. Her aim is to represent the Caribbean while appealing to an international market. In London, Nkese P recorded her debut EP entitled, ‘Multi-Dimensional.’ Since then she has returned to Trinidad and Tobago to launch and share it with the world. Her music is best described as ‘World’, blending elements of Soca, Dancehall and Island Pop.
S O C I A L S
Facebook - https://www.facebook.com/nkesepofficial
Instagram - @nkesepofficial
YouTube - https://www.youtube.com/NkesePOfficial/
C O N T A C T
nkesepofficial@gmail.com
+ 86 17888808923
+ 1 868 269-1609
:: Caribbean Artists Profiles Main ::