A Taste Of Trini Carnival Returns To New York City 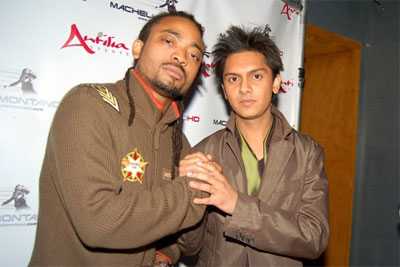 "We are excited to be launching our third annual, high-profile preview of Trinidad and Tobago's Carnival in New York City," said Khan, who explained that this year his company will be showcasing the most upscale and exotic premium aspects of Caribbean culture and tourism in the United States.

Trinidad and Tobago's Carnival, one of the largest street festivals in the world, invites participants to experience the freedom, revelry and color of the nation and its people. The two-day festival, which culminates in Port-of-Spain, Trinidad on February 15 and 16, 2010, has historical origins tied to settlers' masquerade celebrations and folklore and attracts tens of thousands of masqueraders in elaborate costumes flooding the streets, dancing and jumping to pulsating music with unmatched stamina.

Here in New York, the November launch event, which is being planned in concert with travel and tourism partners on island, will include a costume catwalk, featuring a multi-cultural, eclectic mix of models from America's Next Top Model, Make Me a Supermodel, and the Miss Universe and Miss World pageants.

"We are striving to reach a wider audience within and beyond the Caribbean-American Diaspora, including the young American trendsetter traveler who does not currently have access to Trinidad and Tobago Carnival," said Khan, promising that patrons of the Antilia Carnival event would experience firsthand what Carnival itself is like, including exotic costumes from the top rival carnival bands.

Antilia is also offering unique, all-encompassing travel packages to the world renowned annual festival. These packages provide a seamless, transparent method of getting to Carnival, and afford the visitor a VIP experience through the many exclusive events and offerings. "From the in-flight experience of Caribbean Airlines to hotel check-in; from the carnival fêtes to mas in Port-of-Spain, Trinidad & Tobago has so much more to offer than most visitors understand or can appreciate," said Khan.

Tickets for the New York spectacle are available at http://www.antilia.com/, while information about travel packages will be announced next week along with a new-look Antilia website.

ABOUT ANTILIA
Antilia is a Caribbean entertainment brand dedicated to the global promotion of Caribbean culture, entertainment and tourism. The company began in 2007 as a nexus between Caribbean elegance and New York style, allowing U.S. citizens, overseas-based Caribbean nationals and the media to experience the integration of cultures through visionary special event productions in New York City. For the 2009/2010 season, Antilia launches the first ever premium, bundled travel packages to Trinidad's annual Carnival festival, the second largest street festival in the world, which culminates on February 15 and 16, 2010 in the capital of Port-of-Spain. The company continues to promote the most prestigious and upscale elements of Caribbean culture such as Caribbean art, music, fashion, spirits & liqueurs, fine dining and sought after festivals, both within and outside the region. Antilia has offices in New York City and in Port-of-Spain, Trinidad.