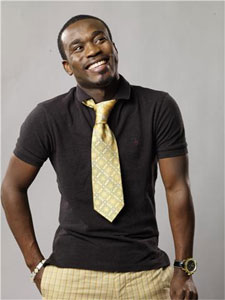 Since his arrival on the local music scene in the earlier part of this decade Gospel deejay Prodigal Son has made quite a name for him self both locally and internationally. His hard hitting messaged laced gospel tracks feature pulsating dancehall beats that move Christians and none-Christians alike. Therefore it comes as no surprise that he has crossed over from traditional gospel markets into secular markets. It is a known fact songs such his most recent chart topper Head Caan Hot So are very popular in the dancehalls and receives the same treatment from radio DJs and sound-system selectors as any popular secular song.

From the beginning of his career under the guidance of famed musician/producer Danny Browne Prodigal son has consistently delivered potent hit singles such as I Wish, Woe and Radikal Style all of which are very popular in the main stream market locally and the ethnic market abroad.

Prodigal Son is currently promoting his latest music video which done in support of his single titled Dem Bittah.  The video was conceptualized and directed by him and his Radikal Yawd label’s in house producer/ music video director Rayon Smith aka The Professor. The video was shot at several locations across Kingston and was released to local television stations last week. Several music industry insiders are predicting that Dem Bittah, it is going to be another big hit for Prodigal Son. He is also enjoying good rotation on radio stations with another single titled Ghetto Cry. When we ask prodigal what's next he just smiled.