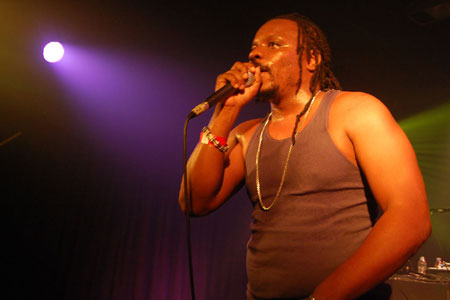 With several chart topping singles and a high riding album under his belt, Reggae superstar Chuck Fenda is now making final preparations ahead of his Caribbean trip.

Come Friday, December 4th, The ‘Poor People Defenda’ will leave the island for a concert in Antigua where he is billed as the headline act.

The show dubbed ‘Chuck Fenda In Concert’ will take place on Saturday, December 5th at the prestigious Coast Night Club on the island known for its 365 beaches, the event is hosted by Black Spider Promotions.

According to the promoter “Fenda is a very energetic performer  and anticipations are high as fans await Chuck to hit the stage and unleash some of that fire from the brand new album and you know he already have the classics, so we are just looking forward to a great show”.

On Tuesday  the singer’s new video ‘Bad Boy’ featuring Sammy Dread also premiered on Antiguan television and has since been enjoying rave reviews.

In less than a month of releasing his third full length studio album, ‘Fulfillment’ has already found its way onto the VP Records best seller list. The album currently poised at number seventeen (17) on the chart is definitely a fan favourite for the holiday season.

Following the concert, Fenda is expected to return to the island on Monday.