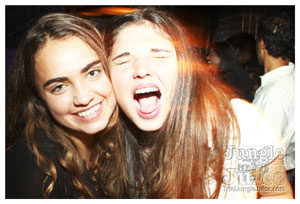 Roots Rock Reggae.. Another of Busspepper’s promotions; this one, showcasing the best of reggae, rockers, oldd dub, dancehall, and of course some soca roots thrown into d’ melting pot too!! A mix everyone’s been waiting for..

CROWD:
Decent turnout. Could have been more populated but at least the number of females appeared to have been more than that of males, which is never a problem in TJJ’s book! A few unfamiliar faces tonight, which proves that Busspepper is always importing fans over time.

VENUE/ACCESSIBILITY:
Apt bar and club. Sleek and stylish; suitable venue for the peoples tonight. Second time we’ve been there with Busspepper, and pretty sure we’ll be there again, in time, for yet another night of vibes. 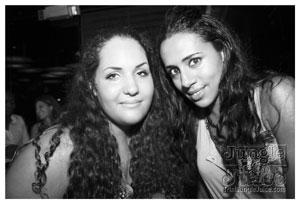 VIBE:
Vibes pumpin’ all round! DJs delivered a great selection of tunes to keep the energy flowin’… shame it died out an hour too early though! As many of the part-goers seemed to be under the impression that party was finishin’ 3 as opposed to the actual finish time of 4am..Nonetheless, the people that remained did their best to enjoy the remainder of the night.."


FOOD & DRINKS:
Typical prices for a club on a Saturday night in London. Maybe a bit more pricey on specific drinks..Food was provided by the resident Busspepper chef. And like everyone was hungry when party done. If you see queue!! We personally didn’t get to taste any of the other food, other than the corn soup. One word.. Bess!! Have dat at every party and I good!!