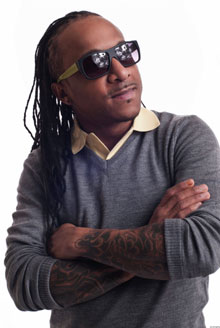 As an entertainer, Kerwin Du Bois worked his way through the realms of the entertainment industry and is now at a place where he knows that he can add value to the unique Caribbean industry and the cultures represented. The talented singer/songwriter/producer is giving the opportunity to four talented and aspiring talents to make a name for themselves in the entertainment industry.

Du Bois is turning things up a notch and has decided to launch his first series of competitions titled Pressure-Cooker. “This is serious business” said Du Bois, “This competition will be like no other ever done in the industry by an artiste, I am giving aspiring talents a chance” he added. The competition which umbrellas three categories; Steam, Heat and Boiling Point will provide production, performance and vocal opportunities for winning participants.

Why Pressure Cooker? It’s the experience that interested parties will experience; the competitions will be compact and intense. It’s simple according to Du Bois, “In a pressure cooker the toughest piece of meat comes out perfectly in a short space of time; tender and juicy...”

Without letting too much out of the bag, Kerwin shares a breakdown of the categories by saying the following:

Competitors should be between ages 18 – 30 and may reside in any part of the world.

More information will be released in coming days... Stay tuned!

This article is part 1 of a 2 part series. Other articles in this series are shown below: